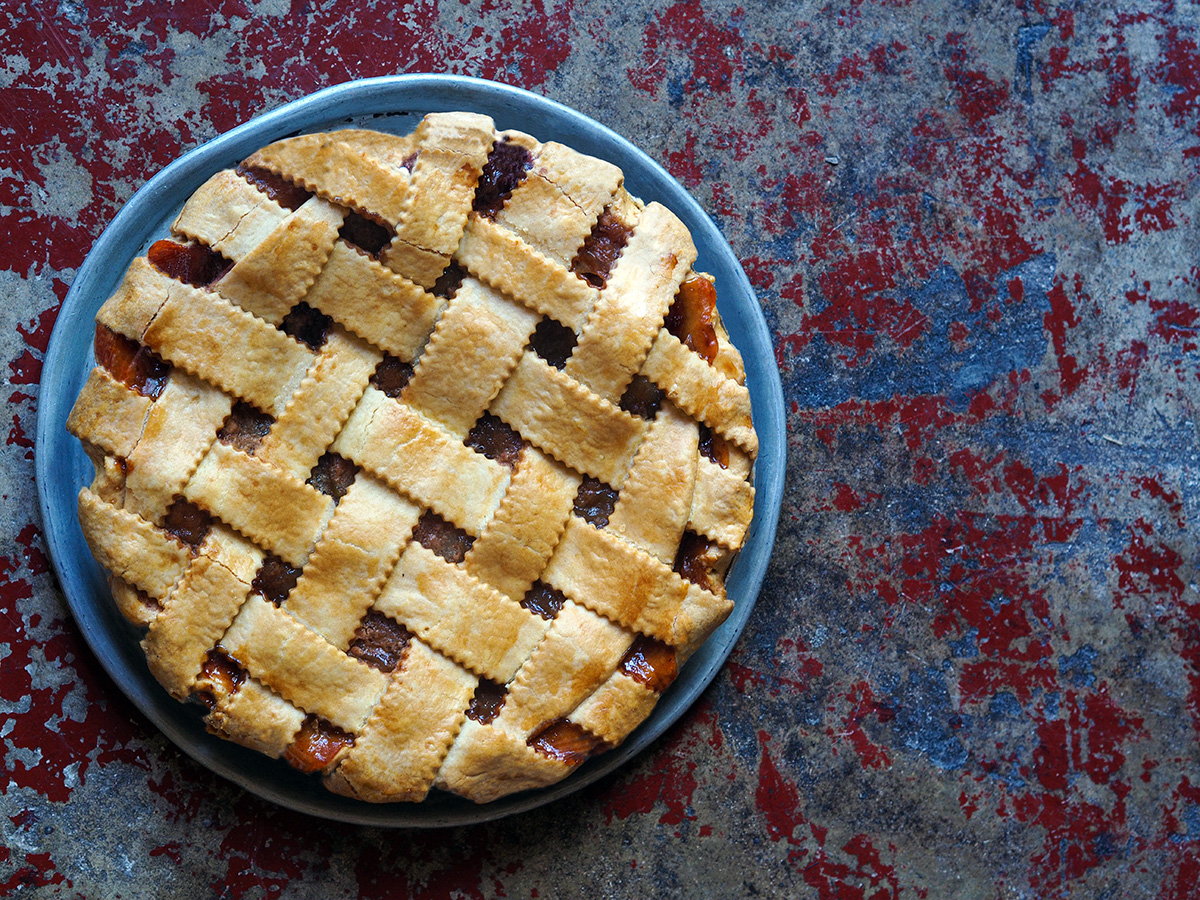 Gateway to the good life

Unwind at these must-see sites between Wimberley & Dripping Springs

After a relaxing stroll through the bonsai exhibit, stop for a snack to rival grandma’s best at the Wimberley Pie Company. Located at an unassuming bakery on the south side of town with a deli-style counter and antique wooden flooring, owner Neal Mallard bakes pies by the whole and by the slice, and will even take orders upon request.

The pies, while not exotic by any means, do not disappoint. Among a number of others, the menu includes buttermilk, pecan, cherry, chocolate and chocolate pecan – all of which bring back memories of holiday desserts just like momma makes.

“I don’t try to reinvent the wheel, but I try to pay attention to detail,” Mallard said of his menu.

The baker has been featured in years past in Edible Austin and the Fort Worth Star-Telegram.

While locals regularly come for the pie, Mallard’s main visitors are tourists.

“Most of our traffic is looking for comfort food,” he said. “It’s food to remind you of a bygone day. Food should make you happy.”

Sip! On the Square

While discussing the unique fine art pieces on display at the fine art galleries, have a cup of coffee at Sip! On The Square in downtown Wimberley. This coffee shop is a niche of urban luxury in the heart of small town Texas.

Complete with industrial style decorum, Sip! offers a number of unique coffee brews and tasty beverages such as the Hibiscus Rose Arnold Palmer, hibiscus mint tea, as well as the Mayan Mocha Special, a Mexican spiced chocolate mocha with coconut milk. For those who like their brew strong and dark, the house cold brew dark roast is a rich coffee with earthy undertones.

Before leaving Wimberley, see how many boots can be spotted.

“There are 48 pairs of five foot tall boots, and they are in all different locations,” said John Palumbo, Wimberley Valley Chamber of Commerce director of finance. “There’s a map at the visitor’s center you can get that has them all noted.”

Businesses purchase the decorative sculptures in order to fund local charity programs.
On the way out of town, don’t miss the chance to view Cypress Creek to the north of the square. During the summer, this beautiful waterway is teeming with lush greenery.

About five miles north of Wimberley is the Shady Llama, a family-friendly beer and wine garden.

This relaxed locale earns its name. Nestled in a grove of oaks and called home by several llamas and miniature donkeys, the beer and wine garden is a peaceful spot to enjoy drinks on the patio or find a seat under the tree canopy.

“We have five llamas and two miniature donkeys. They roam the property and come and poke their heads in every once in a while,” said owner Lamar Sellers.

“We try to keep it local, and we change the selection every so often,” Sellers said. “We are family friendly and dog friendly. The kids can play and the parents can have a drink. We wanted to make a place where people could hang out.”

The industrial style bar and patio is open to the air, and down a short gravel path, one can find a set of patio chairs in the perfect spot to catch a scenic overlook and a breeze over the hilltop.

“Llamas are really chill. It’s a shady spot, and llamas are kind of shady,” she joked.

First time visitor Joe O’Connor is a Hays County local who stopped in for a drink.

“I live a couple miles down the road,” he said. “I asked for an amber and they gave me North by Northwest Red Zeppelin. I like it. The beer is good and the people are super. It’s a good crew.”

Upon entering this Prohibition-era style wine bar, visitors might be charmed with the vocals of Ingrid Michaelson, as well as the tin ceilings, Edison bulbs, antique piano and mellow atmosphere.

This classically styled wine bar and tasting room is associated with Bell Springs Winery and features a wide selection of vintages.

“We specialize in drier wines,” said wine server Faries Thrasher. “It’s a smaller winery compared to others. We get about 50 percent of our grapes from the Texas plains and 50 percent from California and Austin.”

The bar is family friendly and stays open longer than the tasting room on site at Bell Springs Winery.

“It serves as a social venue for the locals,” Thrasher said. “We’re dog friendly. We even have a wine named after the owner’s dog – the Needy Bitch.”

Start the morning out in an attitude of absolute peace with a visit to the Central Texas Bonsai Exhibit at the Jade gardens just southeast of Wimberley on Texas 12.

The exhibit is a walk through the masterful artistry of bonsai – pronounced “bone sigh,” as proprietor Chuck Ware will tell anyone.

“That’s when Americans were introduced to bonsai,” he said. “Bonsai means tree in a pot. It has never been a type of tree. It’s an art form.”

And that will be evident to any who venture through the exhibit. With several hundred bonsai and a vast variety of species, including Texas natives such as the Texas persimmon and mesquite, no two trees are the same.

“Bonsai is comparable to painting a picture,” Ware said. “These are living things. Every one of these trees is different. They all have their own unique personality. The object is to work out the best of the tree.”

The two galleries feature art that Pitzer’s Fine Arts curator Rob Pitzer calls “traditional American. There are a lot of plein aire artists in this gallery.”

Everyone is welcome in the gallery, even those who do not initially plan to buy art, although some may be surprised at what they find.

“The primary reason to buy a piece of art is because you like it and enjoy it,” Rudd said. “This is decorative art.”

Artists featured in the gallery include notables such as David Riedel and Kent Ullberg, and less renown but still highly skilled artists like Mikki Senkarik, who uses six base colors to create vibrant, cheerful paintings.

Fine art found in the gallery includes a spectrum of mediums; canvas paintings, sculptures, jewelry and scarves. The intimate outer patio of the gallery is abounding with sculptures.

“They are impressive, especially when you learn about the process that it takes,” Rudd said.

For those who are more into hops than vines, visit the Acopon Brewing Company on Mercer Street. Specializing in English ales, this brewery aims to restore the “mind, body and spirit” with five original brews on tap.

In its eighth year of business, the Barber Shop gets its name from the previous business on the site, which was built on Mercer Street in 1924.

End the evening with a good time at Hudson’s On Mercer, a rustic venue that looks as authentically Texan as its musical performers. This music studio and venue is opened nightly for karaoke and appearances by Texas artists including Thom Shepherd and the American Revival.

These boots were made for walkin’, and if you’ve got the itch, take your leathers for a stroll up and down Highway 12.

There are many ways to tour Highway 12 between Wimberley and Dripping Springs, but there are a number of arts, entertainment and dining venues one shouldn’t miss along the way. Rock & Vine made the trip for readers to spot the best sites for art, music, wine and beer tasting, and yes, pie.