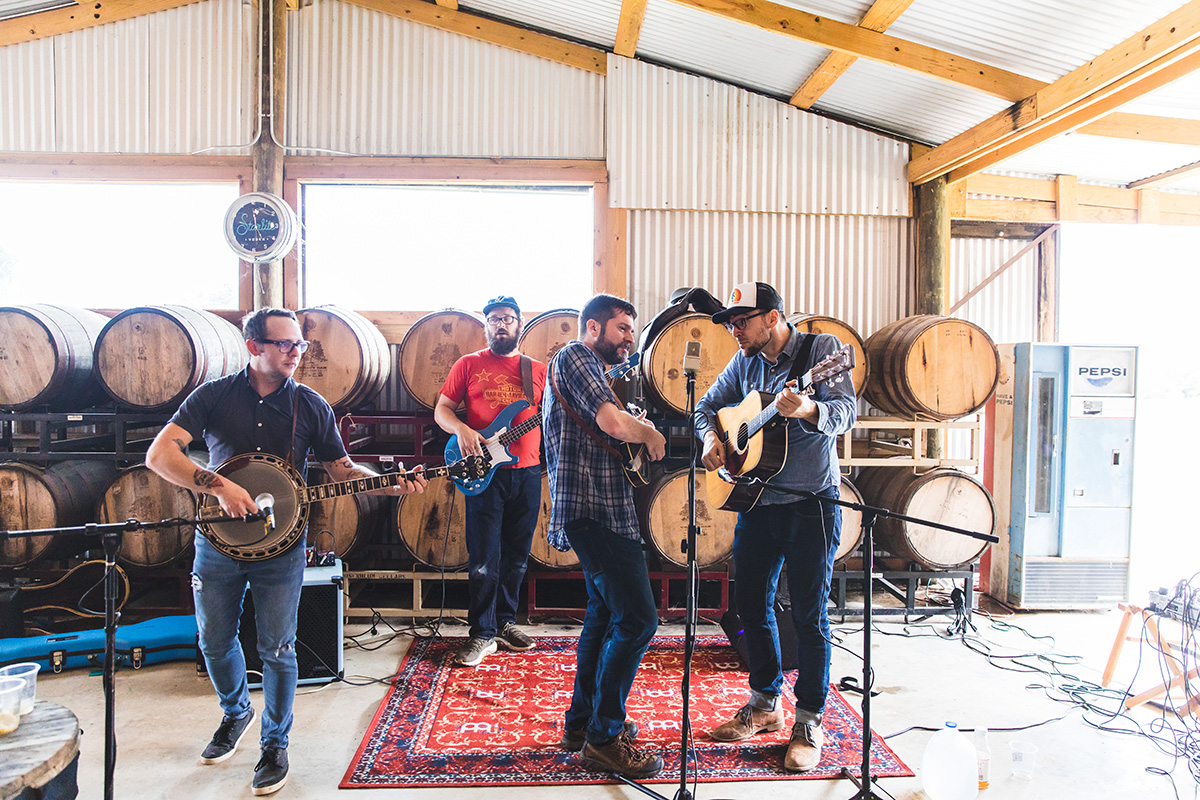 The Unofficial ‘Distillery Capital of Texas’

You can taste various, locally made vodkas, whiskeys and more in and around Dripping Springs

“Drippin’” used to be dry. It wasn’t until a 2002 election that liquor sales were OKed by a 233-135 vote after several similar ballot measures failed to pass during previous years in this Hays County community.

“This is a great, wonderful, open-arms environment, and this is the place we need to be,” said Gary Kelleher, co-founder with his brother Kevin of San Luis Spirits, maker of Dripping Springs vodkas and gins. “I looked at counties around Austin, and Dripping Springs is a great fit. Residents here are friendly and the town has a lot of resonance with a lot of visitors.”

For Daniel Barnes, founder of nearby Treaty Oak Distilling, it was love at first sight when he scanned the 30-acre Ghost Hill Ranch, which he later purchased and on which now stands his distilling operations and more.

“The beauty here came into play,” Barnes said. “The giant, majestic oak trees, the rolling hills, the feel of history – it all just felt right.”

“The number one thing, I have to tell you, is the quality of water around here,” Kelleher said, noting his distillery gets it from a nearby artesian spring. “The softness and minerality make such a huge difference in the flavor profile. If you don’t have great water, you can’t make great vodka.”

“I like to say we have the ‘trifecta,’ because we have breweries, wineries and dis tilleries – and we have more coming,” Pam Owens, CEO of the Dripping Springs Visitors Bureau, said. “People ask me when I go to conferences how are things in Dripping Springs. I joke and say, ‘We’re doing great. We’re drinking and getting married.’”

Owens credits the local business community’s emphasis on economic benefits as the deciding factor.
Visitors can enjoy various award-winning distillery options at four locations. Here’s an alphabetical list of where tastes and mixed drinks are offered:

While treasure hunting in 2000 on deep sea dives around the Indian Ocean is-land of Mauritius, David and Laura Watson came to appreciate the local rum. After initially exploring ways to import it to Texas, the couple opted to craft their own version on their property just north of Wimberley.

Research and experimentation led David, formerly an offshore oil rig welder, to fabricate his own metal still apparatus. He makes and filters his rum twice to maintain flavors. It took more than a decade until the Watsons were satisfied with the result; bottle sales didn’t start until 2013.

Their Cypress Creek Reserve Rum and Vanilla Rum (aged with gourmet Tahitian vanilla beans) are offered in mixed drinks and as tastes. The can be enjoyed in an open-air bar or on a raised outdoor deck under oak trees in the Watson home front yard. Visitors sometimes are invited to blind taste test a barrel being checked by David, a sixth-generation Wimberley resident.

“This is my retirement plan, and when you’re semi-retired, you shouldn’t have to work all the time,” David said.

But on Highway 290 east of town, the Drilling Springs facility still offers tasting flights and specialty cocktails. Tours will resume once a distillery floor renovation is completed. Meanwhile, the old distilling floor and other areas are available for group meals, meetings, receptions and parties – and, of course, weddings, Hospitality and Events Manager Tracy Beacham said.

“We still want to be sort of the front porch and back yard of the community and have this be a place to hang out and enjoy some carefree, good times with family and friends,” said Matt Pechman, Deep Eddy’s marketing vice president

When brothers Gary and Kevin Kelleher met with Twin Liquors President David Jabour in 2006 to convince him to stock their product, the vodka was named San Luis, for the patron saint of distillers.

“‘Sounds like a tequila. Where do you make it?’ ” Gary recalled Jabour saying. “It was one of those ‘duh’ moments, so we went back and named the vodkas for where we are.”

The brothers rechristened the name on the bottles while retaining the San Luis name on the distillery, which produces two kinds of Dripping Springs-brand vodkas (original and Texas orange-flavored) and two kinds of gins (artisanal and traditional styles).

This family business has roots tracing back to the Kelleher brothers’ great grandfather, who distilled vodka in Russia for the czar.

“My great aunt told me stories about that vodka,” Gary recalled. “At age seven, I told her wanted to make vodka when I grew up. I literally always wanted to do this. It sounded so good, the way she described it.”

After Daniel Barnes graduated from The University of Texas at Austin, he and his wife stayed and settled into one of Texas’ largest and fastest-growing cities. But he missed his small-town roots.

“If I was going to take a girl on a date in high school, it was 90 minutes to go to San Angelo to see a movie,” the native of Menard in west Texas recalled. “But I’ve always had a love for that life to a certain degree.”

The distillery is named for the 500-year-old tree under which Stephen F. Austin signed a border agreement with local Native Americans in the 1830s. Treaty Oak Distillery later moved from north Austin to Ghost Hill and developed a destination location.

He also is planning to sustainably raise tilapia and catfish in on-site tanks for the Ghost Hill Restaurant, which is already open and offers brunch, lunch and dinner selections. There’s live music and more scheduled on the Rickhouse stage. Distillery tours are offered, and the buildings and grounds are open to private and corporate events – including weddings, of course.