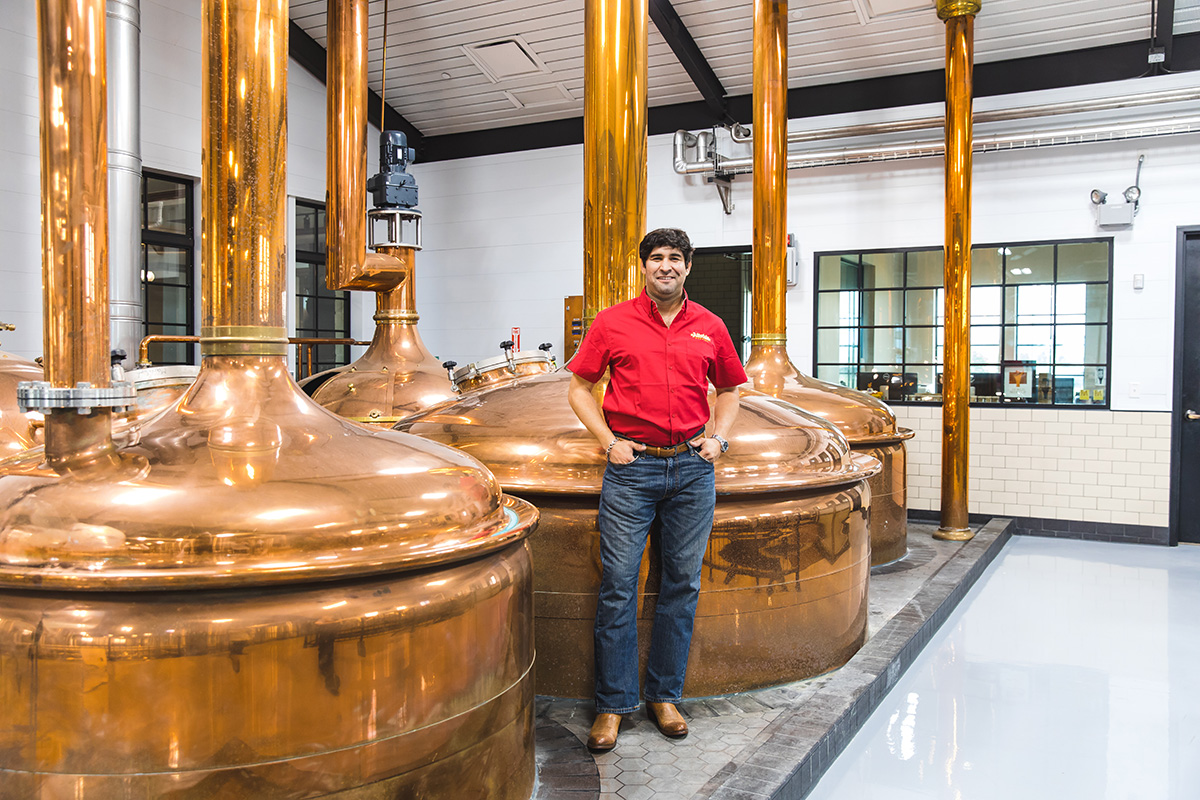 Anyone who has driven into Fredericksburg from U.S. 290 East, in the past year or so, has seen a great big hulk of a construction project on the north side of the road.

“You mean our mini-castle?” laughs Cass Whitton, the events manager for Altstadt Brewery.

The building does indeed look like a few knights could repel invaders for days from its walls. All it needs is a moat and a drawbridge.

But Altstadt doesn’t want to keep people out, they want to invite them in.

“The whole facility is all-encompassing event destination,” Whitton says. “We are a brewery, but also a full-service fine dining restaurant, biergarten, events hall, wine cellar and lounge, a separate private dining room, as well as a private ceremony garden.” It’s a bold concept. In an era where recent changes to state law have encouraged entrepreneurial brewers to do small start-ups in rented industrial spaces sometimes with equipment not much bigger than a homebrewing kit, Altstadt has gone the opposite route: They’ve gone big-time right out of the gate. And why not? Father and son owners William and Bill Scripps are members of the family who founded the E.W. Scripps Company (the first to establish newspaper chains), so they had the financial muscle to execute a grand vision. Unlike a typical new brewery, they have rolled out their product with a well-executed, professional marketing campaign and broad distribution. Anyone who has followed this year’s World Cup in Central Texas, likely saw their television advertisements – something most new breweries can only dream of. And despite the fact that their event hall hasn’t opened yet (It is due to open in September), people have already tried their beer. They’ve been brewing and available in stores since 2016.

Inspiration
So what inspired this adventure?

Whitton clarifies: “Yes, there is German beer sold here, and some local brewers include German styles in their portfolio, but the Scripps meant that there is no one in Fredericksburg focused exclusively on making German-style beers here.”

And that immediately sets Altstadt apart from other American breweries, even those in the Hill Country.
A typical craft brewery these days strives for a broad reach, making everything from English ales to Czech pilsners to Belgian tripels to German hefeweizens.

“We’re not a craft brewery,” Whitton says. “Our size alone dictates that we aren’t a craft brewery.”
Nor are they stylistically. Altstadt wanted a more narrow focus, emphasizing the local culture. So they went German all the way.

Deutschland
They started with a German brewer: Peter Koestler, originally from Munich. In his 20 years in the business, he has worked for a variety of brewers, most recently Louisiana’s Abita, according to Whitton. Before that Koestler was with Spoetzl (makers of world-famous Shiner) and the Gambrinus Company.
Then they moved on to the ingredients.

Hold on another second – German water?

“We take our well water here in Fredericksburg, and through reverse osmosis, take out the hard minerals. The stuff that makes your skin itchy when you shower with it, so that it’s crystal-clear pure. Then, we add in certain other minerals to mimic the water content you would find in Germany.”

It is actually a Bavarian law passed in 1516 stating: “the only ingredients used for the brewing of beer must be Barley, Hops and Water. Whosoever knowingly disregards or transgresses upon this ordinance, shall be punished by the Court authorities’ confiscating such barrels of beer, without fail.” (Yeast is not mentioned because its existence, and its role in creating beer, was not discovered until more than a century later.)

The law is no longer in effect (and was never completely embraced by the rest of Germany), but anyone who considers themself a German beer purist is going to stick to it, so don’t show up at Altstadt asking for a fruit beer.

They offer three styles: Kölsch, a pilsner-like variety that originated in Cologne (or as it’s spelled in German, Köln); Lager (a little maltier, made with Noble hops grown in Hallertau and cold fermenting yeast from Weihenstephan); and Alt (an amber ale made with caramel malts, offering toffee notes on the flavor).

Brauhaus
Next, the Scripps didn’t just want to make German beer, they wanted a German place to drink it.
“They strove to create what is essentially a brauhaus,” says Whitton, “The owners spared no expense to create something that mimics old towns in Germany.”

Altstadt means ‘old town,’ that’s a direct translation from German, he says. Cities in Germany have these ‘old towns’ [within cities], which is what this building looks like, those town squares, according to Whitton.
“There’s a high demand for event venues in Fredericksburg area,” Whitton continues. “People come from San Antonio, Austin, and all around the world. The Scripps wanted a place where you could have a corporate event, a wedding, a holiday party, and still maintain the vibe of the rest of the facility. Our event hall looks like a German beer hall. Dark wood, lots of light, dark beams, and a grand fireplace.”

And now Altstadt looks to make its mark on all of Texas – it’s available in markets from here to Corpus Christi. Next, it looks to extend its reach into Fort Worth, followed by the lucrative Houston market.
And yet, they want to be local, too.

“We want to give back to the community,” Whitton says. “We want you to come out, drink our beer, eat our wonderful food and have a wonderful time in Fredericksburg.” 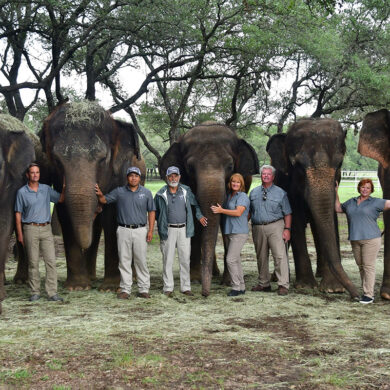