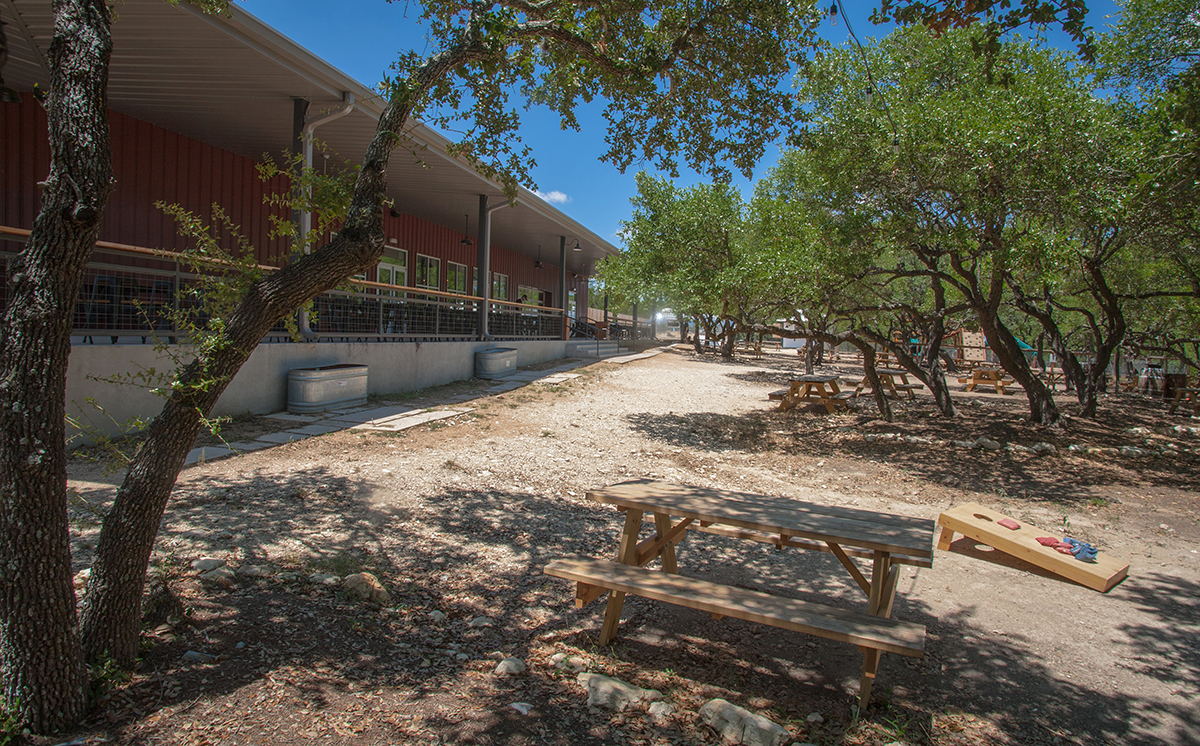 As far as business strategies go, having a celebrity name attached to an enterprise can be a good one – think Earl Campbell Sausage or Vince Young Steak House. It draws attention. It’s almost like free advertising.

But if that business is going to succeed, the real stars must emerge. The folks producing what’s being sold – the engineer, the chef or, in the case of Family Business Brewing Company, the brewer.

Family Business is one of the newest entries in the Hill Country’s exploding brewing scene, having opened north of Dripping Springs on Hamilton Pool Road in January 2018.

When co-owner Jensen Ackles comes sauntering into the room, he does so with the swagger of someone accustomed to having people gawk at him. That’s because they do. For 13 years now, Ackles, 40, has played Dean Winchester as the star of “Supernatural,” a hit series on the CW network.

He exudes confidence, but back amongst the mash tuns, kettles, fermentation tanks and other brewing equipment, he knows this isn’t his stage. He knows that ultimately, the product here isn’t his stardom – it’s the beautiful tasting room, the picnic tables sprawled out under beautiful picnic tables, and the outstanding, delicious beer.

“I’ve been talking about my show for 13 years,” Ackles says, “but if people ask about the brewery, I tell them they better sit down because I’ll talk your ear off.”

“Gino, he and I started backyard brewing about six years ago,” Ackles says, explaining the genesis of Family Business. “Just for fun, like home brewing is for most people, and it was on the cusp of the craft beer boom.”

At the time, Jensen, his wife Daneel (an accomplished actor herself, and also a FBBC partner) and Gino were all living in California.

“The idea of opening a brewery was something we fell in love with, a passion project, and an idea we never thought would get to the surface. But Gino took the ball and ran with it. He went up to University of California at Davis and took a craft beer course. Then he went to the Siebel Institute [a Chicago college focused on brewing sciences] and got certified, and that’s when it all started to come together.”

And that’s when it became a family business.

The name is both a play on a line from the show, as well as a nod to what’s happening at the brewery.

“Supernatural’s” fantasy-horror stories revolve around the fictional Winchester brothers, who roam around the central United States hunting demons, ghosts and other scary creatures, just as their father did years before them.

Likewise, this brewery is a family affair, pulling in not only Jensen, Daneel and Gino, but also their parents Ed and Debby Graul.

Family helped them find a location, as well. The Texas-born Ackles wanted to return to his home state to raise his kids, and the Louisiana-born Graul had an uncle who owned a ranch in the Hill Country. After they considered sites in Austin, the uncle pointed them to a former horse ranch adjacent to his own, and that’s where FBBC set up shop.

The next step was to find a talented brewer. Ackles and Graul knew that, no matter how much their friends complimented their home-brew, they weren’t ready for prime time.

“They thought it was great,” Graul grins, “but I knew better.”

At that time, Nate Seale was also contemplating his own return to Texas. Seale wandered into professional brewing around 2008, when Austin’s successful 512 Brewing was expanding. Seale rose to head brewer there, responsible for many of its recipes, before taking his talents to the very competitive beer scene of Portland, Oregon around 2014.

It was “a good woodshedding opportunity” Seale says, and sharpened his brewing chops, but “I got to missing the Texas beer scene and wanted to move back.”

An ad in probrewer.com landed FBBC the talent it needed and Seale came on board.

“Nate can shake his head at me and say, ‘I’ve been doing this long before you knew what craft beer was,’” Ackles says. “Which is why we grabbed him and won’t let him go.”

And what will Seale give you to quaff under those beautiful live oaks? Probably anything you want, as long as you don’t expect it to taste like run-of-the-mill macrobrewery products.

“If somebody wants a Budweiser, we usually just give them water,” Seale laughs.

What you will get are choices. At the time of this interview, there were seven different year-round beers on tap, three more “rotating” taps, and three more seasonal beers.

Seale seemed reluctant to identify one as FBBC’s flag-ship beer, but conceded that, “We sell more of the Hamilton Pale than any-thing else. But everything we make has its big fans. The Cosmic Cowboy IPA and Haulin’ Oats Brown Ale tend to trade places for number two. We do a lot of the Grackle Imperial Stout, too.”

The Grackle will eventually have an additional Hill Country kick – Seale plans a batch that will be aged in used whiskey barrels from nearby Garrison Brothers Distillery.

The resistance to the idea of a flagship is in keeping with their brewing philosophy.

“Our business model is variety,” Graul says. “We want to do a lot of different takes, and don’t want to get pigeonholed into, ‘This is our flagship beer and we must meet demand.’ I’d rather have less demand and more variety and introduce people to craft beer.”

“We don’t want to dumb down our beer,” Seale says. “We want to lift people up and help them learn about good beer. It never gets old watching that light come on in people’s eyes when they realize they like craft beers.”

No dumbing down, and no coasting off of their celebrity owner’s name – Family Business takes its craft seriously.

Still, the celebrity factor is there.

“We’ve stopped counting how many times a day we get asked about Jensen,” Seale says. “It never hurts that we get attention for it, but I hope eventually we get attention because we’re a great brewery. We’re starting to.

“If it brings people in, then we’re in a unique position with a lot of responsibility. We have a greater likelihood than any other brewery of getting people in who don’t know craft brewing. We see that as a responsibility to do things well. We want to make great beer and represent the whole scene.”