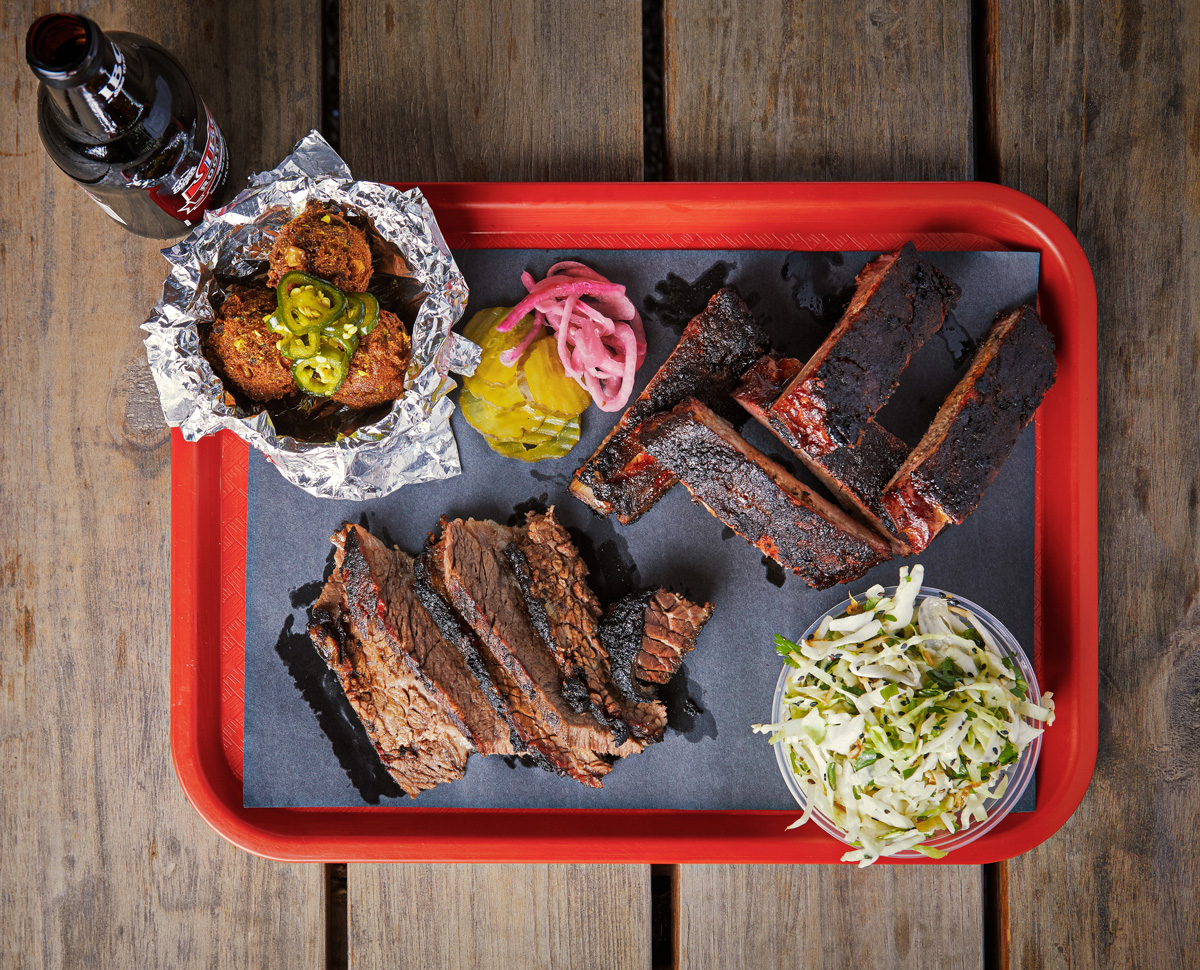 Congregation of meat lovers worship at Black Board Bar-B-Q

On July 4, 2017, Jake Gandolfo and Jo Irizarry opened Black Board Bar-B-Q, an upscale twist on traditional smoked barbecue with a strong identity.

“We pay homage to the ‘smoke low and slow’ but with upscale sides,” he said.

“We were local-vores before it was cool,” he said. “My mother had her own garden … We raised hog and steer. We even had our own butchery.”

After several mentorships by culinary experts, Gandolfo worked as a chef in Santa Cruz, California where he competed on “MasterChef.” He then became an executive chef at a ranch just outside of Sisterdale.

Irizarry was an accountant before attending Le Cordon Bleu School of Culinary Arts. She then became a personal chef for professional athletes.

“I never thought I would open a restaurant. Culinary school was just a bucket list thing,” she said. “When he retired from the ranch we planned on traveling and catering.”

But after the closure of Maywald’s Sisterdale Smokehouse on Sisterdale Road, Gandolfo and Irizarry hosted a supper club at the restaurant, and then decided to reopen as Black Board Bar-B-Q.

“There was harmonious synchronicity in the universe,” Gandolfo said. “It was clear this would be our path.”

The restaurant gets a lot of traffic from travelers.

“We’ve built it as a destination location,” Gandolfo said.

Irizarry attributes the popularity of Black Board in part to exceptional service.

“I personally greet everyone who walks through the door,” she said.
The other reason, without a doubt, is the fare.

Even the renown San Antonio chef Johnny Hernandez dines at Black Board.

“We had the quail — that was excellent — and the brisket, and the boar sausage had some spice to it,” he said. “We really enjoyed it. You don’t expect this level of food in a small town. (Gandolfo’s) culinary skill is expansive.”

“I know barbecue, and this is barbecue,” Franklin Flato said. “You can get lean or fatty (brisket) and both are great. There’s just enough smoke and just enough tenderness.”

Gandolfo slow smokes brisket and ribs, allowing the flavor of wood smoke to stand on its own.

One popular side dish is Mama’s Mac ’N Cheese, a rich macaroni and cheese that will remind diners of potluck lunches at the church yard on Sundays. Luckenbach Lollipops are perfectly cooked, battered quail legs presented with a lemon garnish and a complex, flavorful sauce with a spicy bite.

Also on the menu are wild boar links, chicken, Jo’s Asian Slaw and desserts, such as a cobbler of the chef’s choice.

Aside from monthly supper clubs at the restaurant, the menu doesn’t change.

Where other barbecue joints try to do too much, “we do a few things and we do them well,” Gandolfo said. “We stand tall with our identity. We stay focused on who we are and what we do best.”