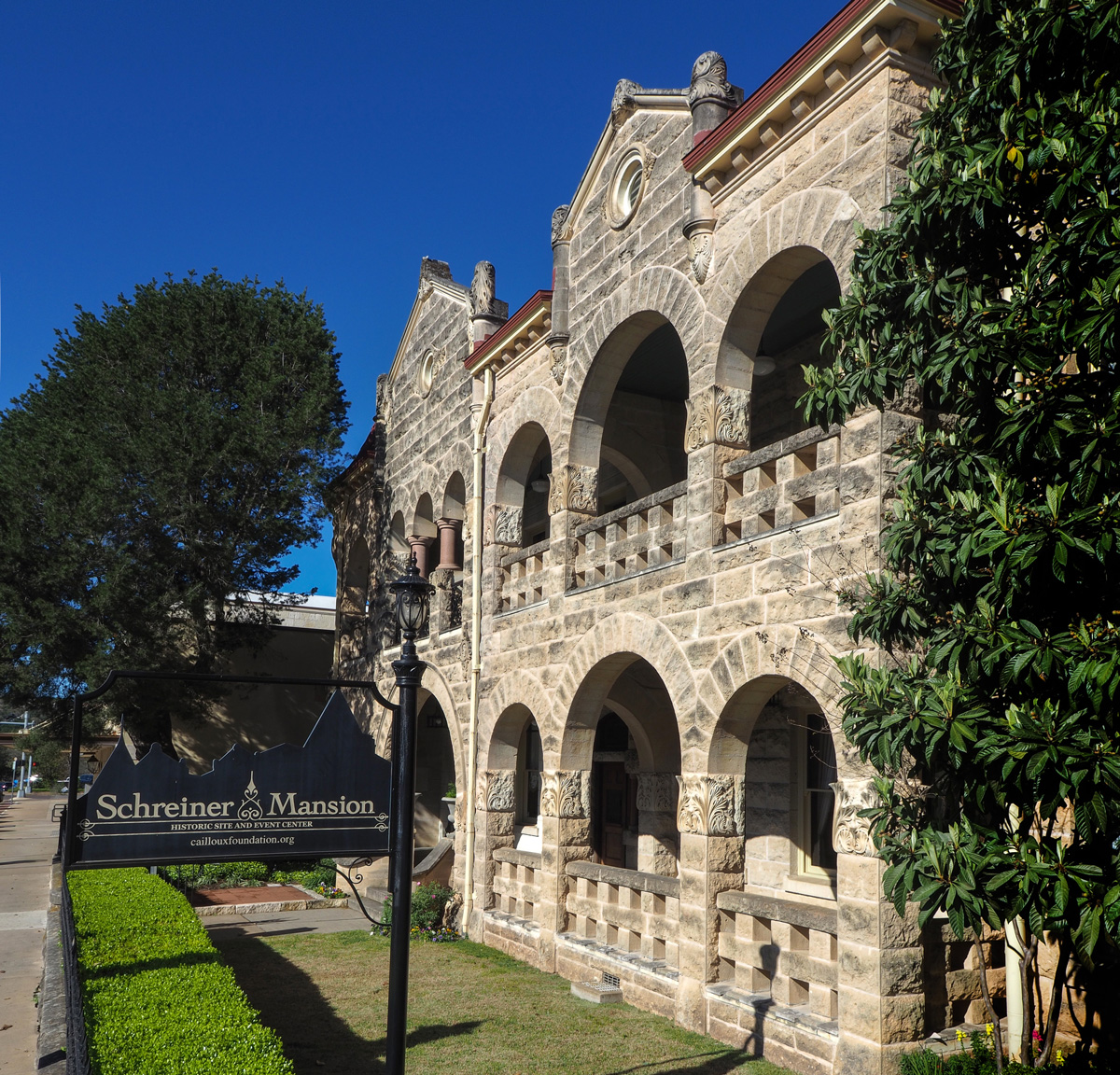 lfred Giles, a sickly London architect, arrived in San Antonio in 1873 after a long and disagreeable stagecoach ride.

Why would an artistic and aristocratic young man, who could have hung his shingle in any of the great cities of Europe, choose instead a rowdy Wild West backwater where contemporary architecture meant dirt floors, mud walls and a fully enclosed outhouse?

For one thing, he liked breathing air he couldn’t see.

First impressions aside, it was a good time to be an architect in Southwest Texas. The population was growing. Reconstruction was ending. Farmers and ranchers were making money. San Antonio swelled with well-heeled businessmen itching to build monuments to themselves.

Counties that a few years earlier couldn’t afford to buy hay for the sheriff’s horse now tried to outdo each other building fancy new courthouses. The great Texas courthouse boom was on.

Suddenly, trained architects were in short supply. Giles had more business than he could handle.

Over the next 40 years, Giles designed magnificent stone courthouses for 10 Texas counties. His courthouses in Brooks, Gillespie, Live Oak, Webb and Wilson counties still stand. They are among the finest examples of 19th century public architecture in the United States.

His creations are a mix of European styles, including French Second Empire, Italianate and Romanesque. He often blended different stylistic elements to fit the tastes of his patrons.

Mary Carolyn Hollers George, in her book The Architectural Legacy of Alfred Giles, wrote Giles “… designed buildings reflecting a great variety of styles derived from architectural forms of the past, combining them in original ways.”

Other architects of the period designed courthouses with pencil-like spires, lofty bell towers and stained-glass windows. More like cathedrals than seats of government.

His 1882 Gillespie County Courthouse, now Pioneer Memorial Library in Fredericksburg, is simple and balanced. Its elegant features are a blend of architectural styles

The arched windows, thick stone walls and symmetrical design are Romanesque. The pronounced eaves supported by many elaborate corbels and low-pitched roof barely visible from the ground are Italianate.

Gillespie County commissioners paid $23,000 for their new two-story courthouse. Those Germans sure could squeeze a dollar.

In addition to his public masterpieces, Giles produced graceful country homes, spectacular mansions and stylish commercial buildings for the movers and shakers of San Antonio and the Texas Hill Country.

His loyal clients, with deep pockets and egos as big as the Llano Estacado, included the Mavericks and the Terrells of San Antonio, Capt. Charles Schreiner of Kerrville and the Faltin and Ingenhuett families of Comfort.

His private commissions were collaborative efforts, but Giles had the last word. He tempered the sometimes gaudy tastes of nouveau riche Texans with unpretentiousness and restraint.

Giles’ residential designs ranged from massive Romanesque limestone castles, like the Charles Schreiner Mansion at 226 Earl Garrett Street in Kerrville, to the simple, classic L-shape of the William Bierschwale House at 110 North Bowie Street in Fredericksburg.

The L-shape features two projecting wings built at a 90-degree angle. A double-decker porch draws attention to the entrance located near the corner where the two wings meet. The airy design was ideal for 19th century Southwest Texas. Most rooms had windows on two sides for cross ventilation.

In 1889, Fredericksburg banker Temple Smith commissioned Giles to build the Bank of Fredericksburg at 120 East Main Street. The vault-like Romanesque building looks like a fortress complete with a corner watch tower.

Giles designed the massive hewn limestone walls to project security, prosperity and permanence. A building that would endure anything — from hell and high water to the Hole in the Wall Gang.

For a Texas touch, Giles added a distinctive shape atop the front wall like the one on top of the Alamo.
Alfred Giles left his artistic imprint all over Southwest Texas. His buildings are a part of history.

The first floor of the Giles-designed Masonic Building at 211 Earl Garrett Street in Kerrville once housed the C.C. Butt Grocery Store — a small company that would one day become food giant H-E-B.

In San Antonio, Giles designed the 1909 addition to the Menger Hotel, the Pershing House at Fort Sam Houston and a new roof for the Alamo.

Julius Joske commissioned Giles to expand his department store between the Alamo and Commerce Street.

In the King William District, Giles designed a house for Carl Wilhelm August Groos, founder of the Groos National Bank, and the Sartor House for jeweler Alexander Sartor Jr.

One day in 1911, Giles caught a glimpse of the San Antonio River from the Houston Street Bridge, one of the ugliest sights in San Antonio. That view of the polluted, overgrown waterway inspired him to propose an early version of the world famous River Walk.

Alfred Giles married Laura James, the daughter of an English-born surveyor living in San Antonio. The couple had eight children.

When his mother died in 1885, Giles moved his family to London to look after her considerable estate. He and Laura lived like aristocrats. They traveled extensively in Europe and hobnobbed with royalty.
But each morning, they woke up homesick. They missed the sweet smell of the rain in a country that thirsts for moisture but too often gets damn little of it. They longed to breathe air they couldn’t see.
In less than a year, they were back in San Antonio.

Using the proceeds of his inheritance, Giles bought land and sunk his roots deep in the rugged Hill Country north of Comfort in Kendall County. His ranch, called Hillingdon after the borough west of London where he was born, would one day cover 13,000 acres.

The sickly London architect who transformed the architecture of San Antonio and the Hill Country was himself transformed.