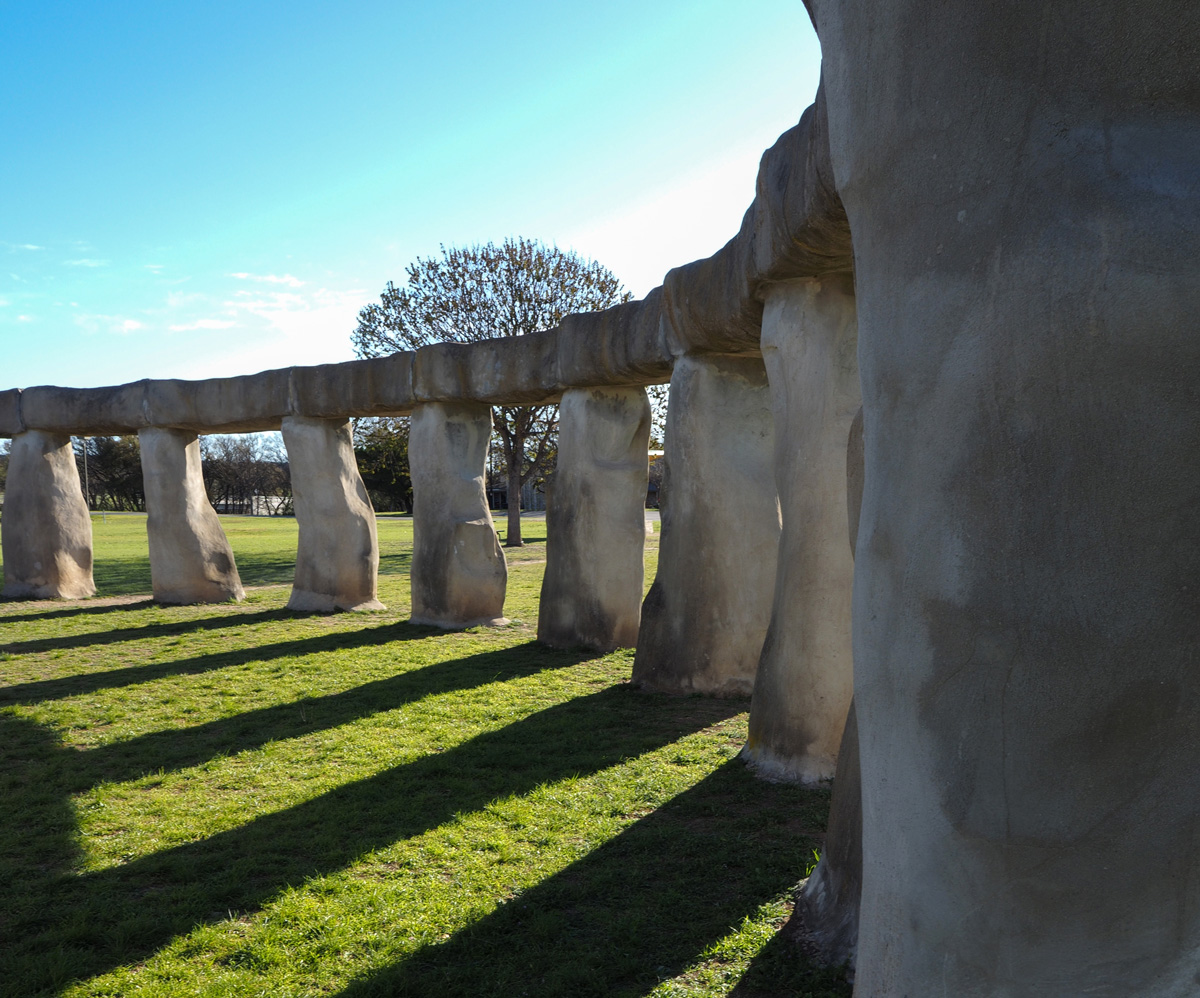 Off the beaten path
By Steve Taylor
Photos by Steve Rawls

Stonehenge, the British prehistoric monument of huge, standing stones, 80 miles southwest of London, has been studied for centuries, yet a significant mystery remains:

How did its builders, who used antlers for tools, move rocks weighing an average of 25 tons to the site from 150 miles away?

In 1989, just west of the tiny Kerr County community of Hunt, Stonehenge II started with a leftover limestone patio slab.

Doug Hill, an insurance company owner, gave the slab to his neighbor, Al Shepperd, a former Dallas hotel owner who stood it up in a field on his property, within eyesight of vehicles traveling FM 1340. It didn’t seem to garner any attention, so Shepperd showed Hill a photo of England’s Stonehenge and asked, “What if we do this?”

Shepperd found another large limestone slab while Hill and some assistants created the other “stones” from steel frames, plaster and paint over the next nine months.
Two 13-foot Moai head statues, replicas of those on Easter Island off the coast of Chile, were added a year later.

Now, FM 1340 travelers were noticing, as well as taking photos and walking among the arches.

Stonehenge II — 90 percent as wide and 60 percent as tall as the original — became a widely known Hill Country curiosity.

Shepperd passed away in 1994. His nephew — also named Al Shepperd — took ownership and in 2010 decided to sell the property.

After a potential buyer declined to purchase the land with the “rock star” remaining on it, the nephew offered to donate Stonehenge II to Hill Country Arts Foundation in Ingram, of which the original Al Shepherd was a longtime supporter.

The field in front of the foundation’s main building, near the banks where Johnson Creek merges with the Guadalupe River, was sizable enough to accommodate it — but not everyone in Ingram liked the idea.
At one city council meeting, one person opposed supporting a reproduction of what may (or may not) have been a pagan ritual site. The specter of human sacrifices was raised.

Nonetheless, a successful fundraising campaign led to Stonehenge II being moved, stone by stone along with its Easter Island sidekicks, and rebuilt in 2012 at its current location. It is open from dawn to dusk, free of charge, but also can be rented for weddings, concerts and other large gatherings.
According to Wikipedia, Stonehenge II sits directly in the path of the total solar eclipse
expected on April 8, 2024, six years hence.

It also isn’t the only Stonehenge in Texas. Another replica was erected in 2004 on the campus of The University of Texas of the Permian Basin in Odessa. 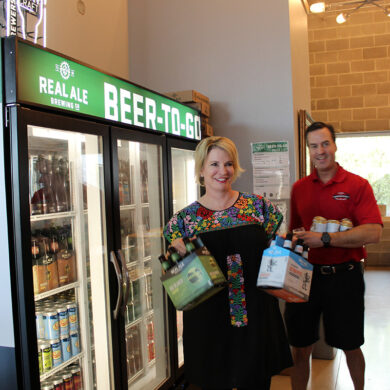