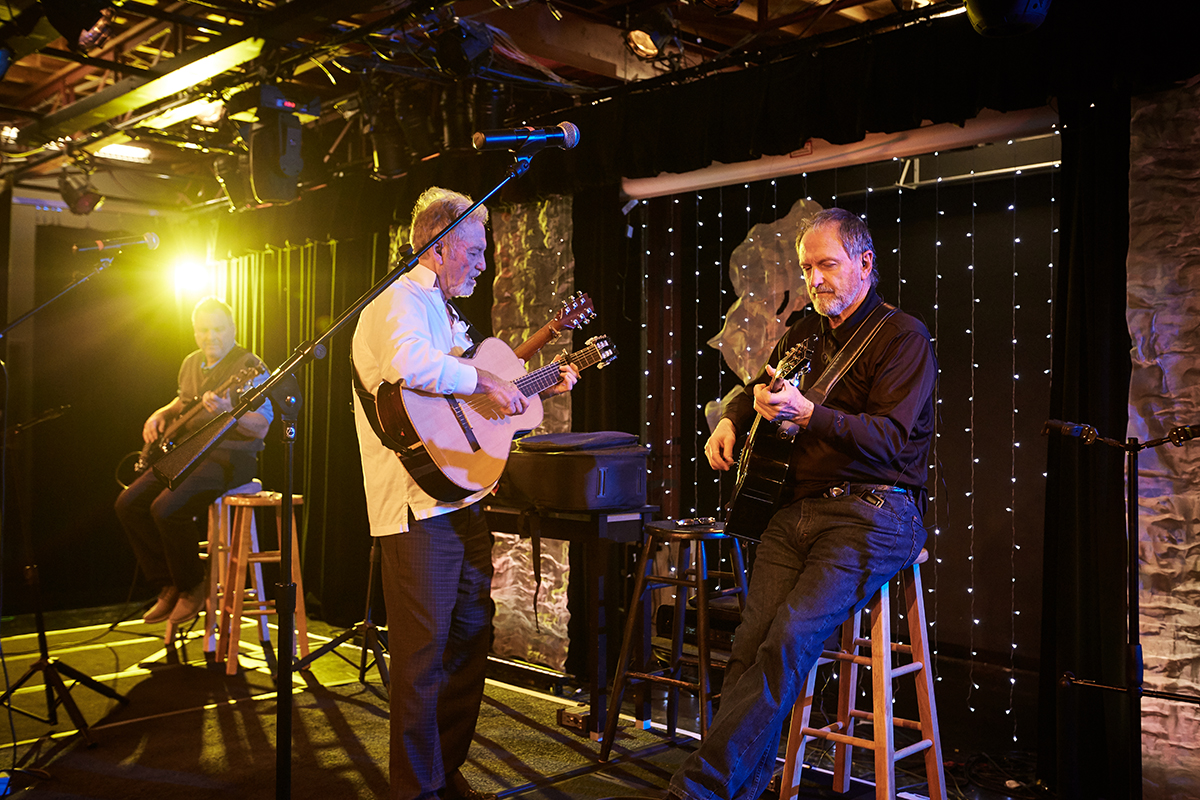 After a decade of delightful entertainment for Hill Country residents and tourists, the Rockbox Theater in Fredericksburg has been revived by a new era of ownership. Rudy Gatlin of Larry Gatlin and the Gatlin Brothers musical trio shared a little about the core values, Texas pride and decades of experience he and his brothers plan to bring to the establishment.

In September 2017, the Gatlin Brothers, a renowned fraternal trio with decades in the country music scene, announced their new ownership the theater. They became co-owners of the entertainment venue along with two business partners Brian and David Turrentine.

The Rockbox Theater opened in June 2007 under the ownership of Ray and Stacy Rodgers, who have operated it since that time.

“We’ve had this format of bringing in sun-setting artists,” Ray Rodgers said. “A lot of people bring in cover bands. We wanted to bring in the original artists.”

Rodgers estimates the theater has presented over 2,000 shows and drawn audiences of around 350,000.

“After 10 years of bringing good, clean, family entertainment to people of the Texas Hill Country and beyond, we felt it was time to take it to the next level,” Rodgers said. “These were the right people to do it.”

The interest of the Gatlin brothers in the venue was peaked when eldest brother, Larry Gatlin, made a trip to Fredericksburg to star in an acoustic performance at the theater.

“He said, ‘There’s such a spirit in this place,’” Rodgers recounted. “We want people to legitimately enjoy their experience here.”

After Larry returned to Nashville, he thought, “I need to bring the brothers back here,” Rudy Gatlin remembers.

When the proposition for joint ownership of the theater was posed, Gatlin thought, “Let’s jump in here and help Ray and help it grow.”

The Rodgers sold the business to the brothers and their associates, but maintained the theater house as their property.

“I’m in the real estate business,” Rodgers said. “I really never intended to be in the music business. Our family built the venue.”

The Rockbox Theatre, located just a half block off of Fredericksburg’s bustling Main Street, offers the Gatlin Brothers a chance to return to their Texas roots, said Steve Gatlin.

“We are all Texas boys and have always wanted a Texas presence,” Gatlin said. “We were all impressed with the quality of what is here in Fredericksburg, and we believe adding some of our fellow artists and friends while touring in Central Texas makes it an even more exciting and a wonderful place to visit.”

Built inside what was originally a furniture warehouse, the theater has maintained its charming industrial roots.

“There are some really nice folks running it and really neat shows,” Gatlin said.

The brothers hope to make the theater a renowned venue for the highly toured town. While there are a handful of music venues in the area, none are quite like Rockbox, Gatlin said. He added that the venue could become a Hill Country icon in its own right.

“It adds another element to the town. You really need a theater setting,” Gatlin said. “It has worked in other places,” he added, citing the fame of Dollywood in Pigeon Forge, Tennessee, and Dick Clark’s American Bandstand Theater in Branson, Missouri.

The brothers hope to encourage the growth of Rockbox by calling in some of their own connections in the music industry.

“We’re bringing in some of our friends,” Gatlin said. “Billy Dean is going to play there and we’ll have Jamie O’Neal as well.”

Billy Dean will grace the theater with a solo acoustic performance on April 13 and Jamie O’Neal on April 27.

When it initially opened, Rockbox focused on rock ‘n’ roll and the music of the 1950s and 1960s, hence its name. But in 2012, the theater began adding other special events and diverse musical genres. These shows feature classic bands that are still touring the nation as well as tribute artists and contemporary original groups. Upcoming performances include that of The Diamonds, Dion Pride and the Blackwood Quartet.

“We really appreciate how the public has supported it,” Rodgers said.

The Gatlin Brothers will maintain the current Rockbox Theater entertainment model for the time being, Rudy Gatlin said. The venue features a mix of tribute shows, classic country and rock acts, and seasonal shows. Lynda Haynes, long-time House Director, will continue to run the day-to-day operations

“Larry and I became friends. We share a lot of common values,” Rodgers said.

We are all Texas boys and have always wanted a Texas presence.
– Steve Gatlin

Rudy Gatlin said he and his brothers want to maintain those core principles, and would add a few of their own to the list.

“We would reiterate those and add our own voice to that God, country and family,” he said. “We love our creator and love all of God’s people.”

Gatlin said the trio is proud to have ownership in a community that is military service oriented.

“Right down the street is the National Museum of the Pacific War,” he said.

The trio doesn’t see the ownership of the theater as a stepping stone in their career, but another branch in the growing influence of their musical expertise, said Rudy Gatlin. Larry Gatlin and the Gatlin Brothers will continue to tour and plan to make multiple appearances at the Rockbox Theater.

“We’ll be there two to three times a year,” Rudy Gatlin said, adding, “We’re going back a total of four times this year.”

The next Gatlin brothers’ performance at the venue will be on May 10. As far as the future of the theater is concerned, Gatlin said many things are still in development.

“Some other folks are having discussions about that,” he said. “There is more to be revealed.”

Gatlin plans in the coming years to move into the central Texas area near to Dallas where he can be close to his children and their families, and he can be more involved with the theater’s operation.

“I’m moving back to Texas one of these days and I will be glad to be a part of that establishment,” he said. “Fredericksburg is a great town. If they don’t have something there for you, there’s something wrong with you!”