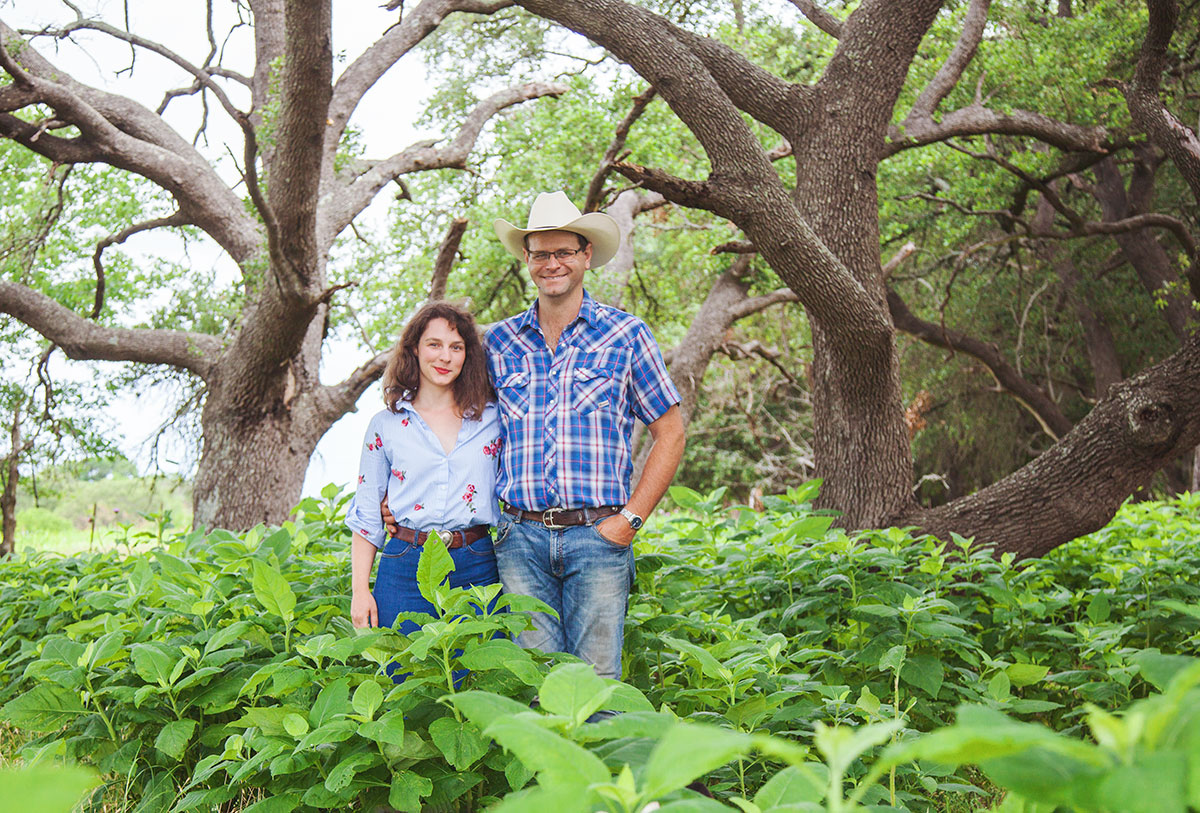 Home is where you Hang your Hat & Heart

Take a long, tall sixth-generation German-Texan farmer named Bradley Ottmers, who spends all his waking hours in a cowboy hat. Stir in his life and business partner Katherine Tanner, whose family hails from the heart of Texas. Add one exuberant young border collie named Stetson, who celebrates each and every vegetable plucked out of the ground with a happy dance, and you have just part of the secret family recipe that makes up the Hat & Heart Farm in Fredericksburg.

Back in 1967, Bradley’s parents J.W. and Marion Ottmers purchased the 93-acre farm on North Grape Creek Road for $200 an acre. Until this spring, the farm has always been known as Opa and Oma’s. Although they still own, live and work long hours on the farm, the elder Ottmers, now in their seventies, are content to pass the pitchfork of the farm’s management into the capable hands of Bradley and Katherine.

“We picked the name for the farm for several reasons. You will rarely see Bradley without his cowboy hat. He has a summer straw working hat, a dancing straw hat, a work winter felt hat and a special occasion winter felt hat. A lot of people don’t look for him at the farmer’s market, they look for the hat,” Tanner said.

“Katherine is the heart. And she has stolen mine,” Ottmers said. “Part of her family comes from this area and also from Brady, known as the heart of Texas.”

“We also both wear a lot of hats,” Tanner added. “And we love each other very much.”

Both J.W. and Marion are fifth-generation German-Texan farmers. Marion was raised near Luckenbach, where her father grew vegetables, cotton and corn. J.W. was the youngest of three children on his family’s farmstead nearby Albert. J.W. and Marion had 4,000 breeder turkey hens and went into wholesale vegetable farming. He also traveled to the terminal market in San Antonio, a night market from 10 p.m. to 2 p.m. where all grocers went to restock their shelves for the next morning.

“J.W. would work all day, load up his truck at night and go to the market, which is exactly what Marion’s dad and granddad used to do. But selling wholesale was a way to wear yourself out fast and not make a lot of money doing it,” Tanner said.

In 1997-1998, J.W. and Marion went to a retail model for their farming operation and made the shift to farmer’s markets.

“That’s when it changed,” Ottmers said. “We are growing 45 different varieties of vegetables now in the fields. We get to meet the people who are eating our food and we can actually make more per pound when there is no middle man. Since 2006, we’ve been consistently going to farmer’s markets.

“The Hat & Heart Farm is now a vegetable, goat meat and chicken egg operation,” Ottmers said. “We have 550 laying chickens on pasture 100 percent of the time, although we have chicken houses for them to sleep in at night and lay their eggs. We are averaging about 280 eggs a day right now. We sell eggs by the case to restaurants we partner with and at every farmer’s market. Our retired chickens, we sell to backyard chicken people who don’t want a ton of eggs, and we’ve partnered with a local dog food company and they will also use chickens for dog food.”

In fact, Katherine and Bradley met over a carton of farm-fresh eggs at a farmer’s market. “I thought his eggs were too expensive,” she said. “He handed me a dozen without charge — he’d never done that before. ‘What’s so special about these eggs?,’ I asked him. He said, ‘You try ‘em and let me know.’ He gave me his card and a dozen eggs and he thought he’d never hear from me again. Oh my goodness, the eggs were incredible and frankly reminded me of the eggs I ate in Europe.

We have a huge belief in low or no waste around here. Whatever we don’t sell, we have pickled or preserved at the end of the week.
Katherine Tanner

“When I called to tell him so, he invited me out to the farm. We learned about each other. It was a gradual thing. We know enough to know that this is just the right thing. He’s so incredible,” she said. “Bradley is a welder, mechanic, our resident entomologist. He’s constantly surveying the soil and he’s grown this herd of goats he bought from stock show money he won at 16 years old and that have the same bloodline today. He’s so very talented.”

Bradley cultivated his first relationships with chefs in Austin about 12 years ago. The chefs would come every week to the farmer’s market and started asking him if they could get their produce ahead of time.

“We’ve gotten a little bit more organized so we send a list out to the chefs every single week and tasting baskets to new chefs to inspire them with new flavors,” Tanner said.

The couple are planning to do prearranged, private tours and are working to get more chefs to come out to the farm for educational experiences. “Bradley wants more people to be exposed to a sustainable farm and what goes into it,” Tanner said.

No pesticides or conventional chemicals have been used on the farm since 1997. To fight insect problems, the couple orders predator insects and releases them. They feed microbes in the soil.

“We have a huge belief in low or no waste around here,” she said. “Whatever we don’t sell, we have pickled or preserved at the end of the week. We work with a sixth-generation canner, out of Conroe — HGD Foods. This allows us to sell pickles, pickled okra, peppers and beets during the winter and not waste precious produce in the summer.”

“We are honoring his family and this heritage farm,” said Tanner. “I am a very proud seventh generation Texan. His family is among the first original families of Fredericksburg. Both of us are proud of our roots and want to continue the tradition with future generations.”

Their 9-month-old border collie Stetson is a true working dog and stays right alongside the family as they put in 16-hour days. “He’s our goat herding dog, and he’s already done a great job as young as he is,” she said.

Stetson’s boundless enthusiasm over vegetables started as a tiny pup. First it was just turnips. “He would make it a game in the field. When we’d grab one out of the ground, he’d just do this happy dance. But you can’t have a dog racing around through your crops and doing damage so we taught him to celebrate by barreling straight down the row to the end and then turning and coming back around on the next row.”

Now Stetson channels his slightly bridled joy into celebrating not just turnips but the harvest of all root vegetables. When he returns down a row, he crouches stealthily and lies in wait until the next farm-fresh veggie is plucked from the ground.

This cowboy dog’s philosophy seems to be, “you never know when you’ll need a border collie to round up some runaway leek.” 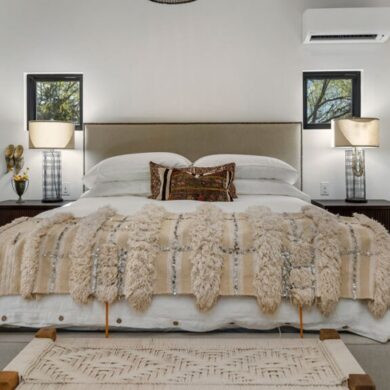