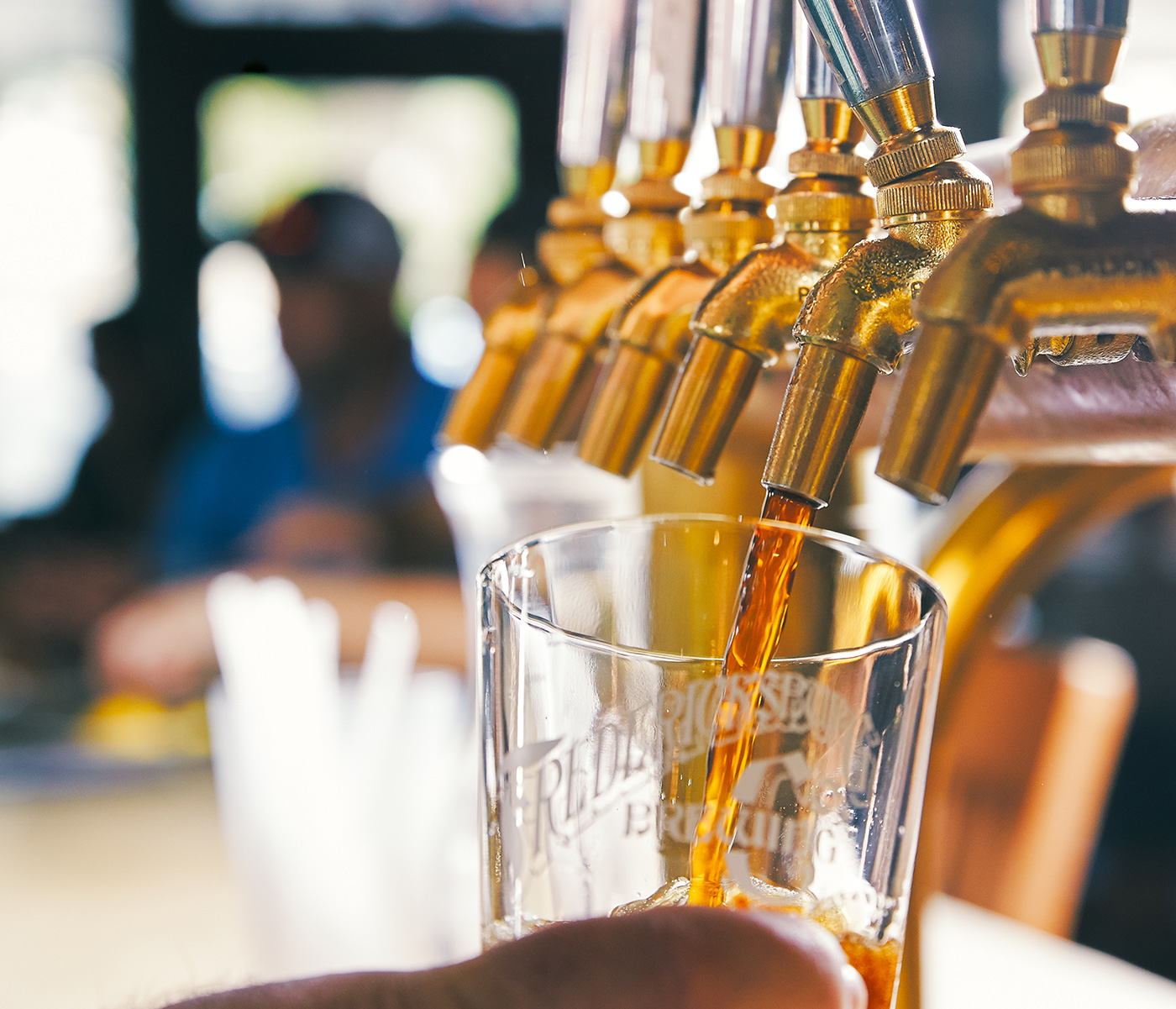 Back in early 1993, a good German or German-style beer wasn’t hard to find in Fredericksburg. After all, to the rest of Texas, Fredericksburg was synonymous with German culture and the town’s tourism industry revolved almost entirely around that image. Lots of restaurants offered up Paulaner, Spaten and other imports from the Old World.

But getting such a beer brewed locally, right there in the restaurant, was impossible. That’s because it wasn’t legal in Texas – our state’s liquor laws mandated that the making, distributing and selling of beer had to be completely separate businesses.

That law was partially changed by that year’s Texas Legislature, and a new business model was made legal: brewpubs. That is, restaurants and bars that brew their own beer.

And Dick Estenson was ready. The Midwestern farm boy turned NASA engineer turned salesman turned entrepreneur was a fairly new arrival in Fredericksburg, and noticed a vacant building a few doors down from his Main Street jewelry store that was perfect for developing into… something.

That something turned into Fredericksburg Brewing Company, despite Estenson having no experience in brewing or restaurants.

“You’ll find most of the things I’ve done in life are things I haven’t done before,” Estenson says. “It looked like the building needed help and could be a very fine building for a purpose. We acquired the building first and then the brewpub laws were changing. I thought, wow, this would really be something if we had a little brewpub on Main Street.”

After some initial interest by a German company, Estenson decided to go it alone. Fredericksburg Brewing incorporated in 1993 and opened for business in 1994, just months after the law’s passage. FBC doesn’t have the distinction of being the first brewpub in Texas, but the few that beat him to opening day have since gone out of business – meaning that as it celebrates its 25th anniversary this fall, it is now the oldest.
“It seems like a short period of time looking back, but time does fly,” Estenson says.

FBC’s success wasn’t a given – the American craft brewing revolution was still in its early stages in the early Nineties, and it was even slower to take off in rural areas, which were mostly Bud Light country back then (and to be fair, still are).

“It was a concern,” Estenson recalls. “I wondered whether it would work. We had to fight the light beers.”

But Estenson and his wife Rosemary did their research – they went to Europe to look for brewing equipment and traveled to California and Colorado, states where brewpubs had been legal for a while, and studied up on what they did right and what they might do even better.

“We thought that the shoppers in Fredericksburg were primarily women, and that their husbands would be bored to tears. So they could go to the brewery and say, ‘Honey, meet me back here, I’ll be on this barstool.’”

He also figured out that weaving the business into Fredericksburg’s fabric would be important.

“When we did the install, that building didn’t have much more than one lightbulb, a faucet and a commode. We had to renovate the whole thing. We made it into a historical preservation building, made it part of the community, some-thing that the public would want. I wanted the equipment right here, not screened off”– the giant brewing tanks sit right behind the bar, in full view of the dining room – “and you’d get the smells and noises of the brewing process. Other breweries didn’t have that hometown feel.”

Then he needed the market to come around to craft beer.

“It didn’t take too long until people developed a taste for more wholesome beer, beer with more flavor,” Estenson says.
He also realized he misjudged the female market – they weren’t content to simply drop off their husbands and leave. “It was interesting that the gals really started liking the beers, including the darker ones.”

And Texans’ palates are sophisticated enough to demand more variety. Early on, FBC focused on basic, well-known German styles. But brewer Rick Green came on board in 1999, and Green says, “I started doing some newer, different styles such as the Munich Helles and my own porter recipe (the Pioneer Porter).” These are still German, but broadening the range of what that country’s brewing culture has to offer, also including a maibock and an Oktoberfest which is probably on tap as you read this.

Eventually, FBC even dove in to other styles popular among craft beer lovers.

“We also do the traditional brewpub styles like pale ales and IPAs,” Green says. “IPAs have gotten real popular. We do a double IPA and several different IPAs throughout the year, which is funny – back when I first started, not many people drank those hoppy, bitter beers, but now they do.”
The quarter-century that FBC has lasted speaks not only to Estenson’s business acumen (he’s also launched several other ventures, including a hotel at the airport), but also to the character of Fredericksburg, he says. A brewpub wouldn’t necessarily work in just any small town.

“I love our community,” Estenson says. “We have a lot of employees at all our establishments that have been with us a long time. They are good people and loyal. I couldn’t do it without them. The creation is the part you do single-handed, but the operation is a job in itself.”