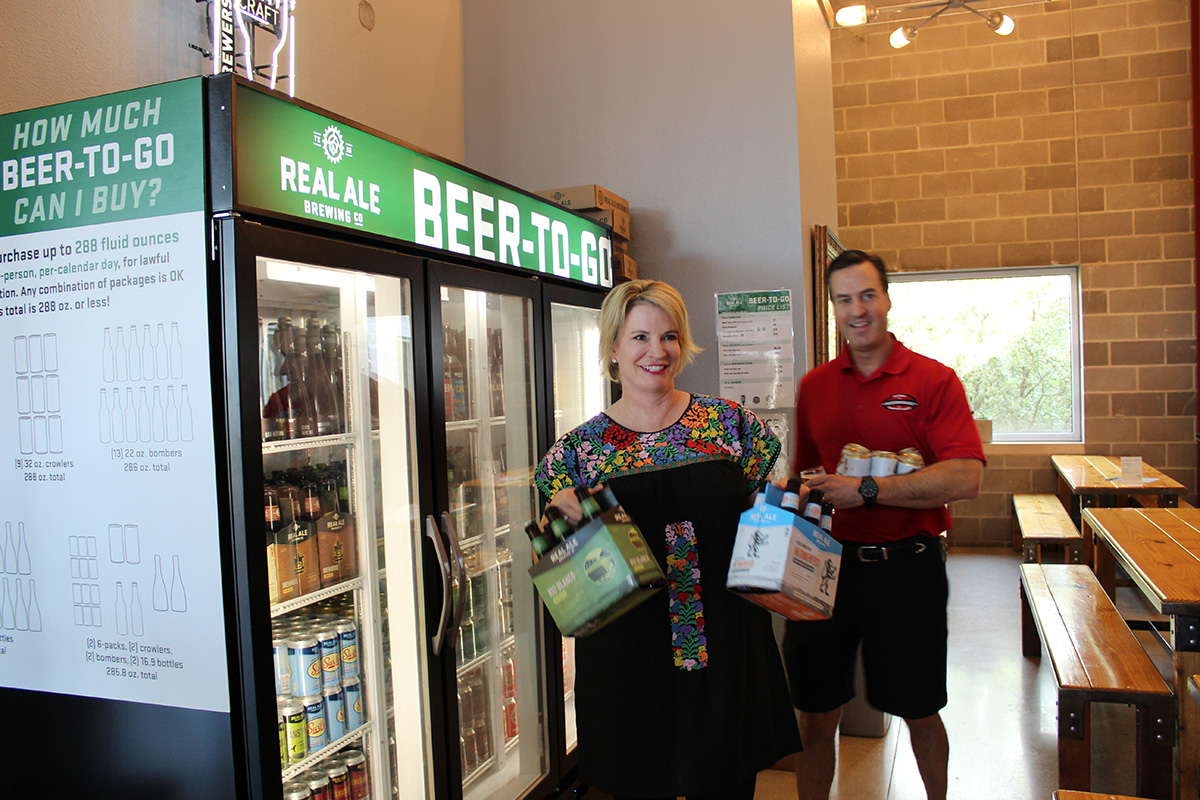 Texas alcohol laws have long been notorious for being byzantine and unfair. This year, the Texas Legislature made life a little easier for brewers and their customers.

Visitors to wineries have long been able to take home some vino, and customers of brew-pubs (restaurants and bars that brew their own) have always been able to fill a growler with suds or take-home bottles.

But production breweries – that is, businesses that only brew beer, as distinguished from brewpubs – were forbidden to even sell their product on the premises until 2013, and even then, it had to be consumed at the brewery. As of September 1, that has changed – Texas was the last of our 50 states that forbid take-home sales at breweries, until Governor Greg Abbott signed House Bill 1545 in June.

HB 1545 was an omnibus bill making major changes to the Texas Alcoholic Beverage Code. Senator Dawn Buckingham – whose District 24 covers a huge swath of the Hill Country, from Bandera all the way up to Abilene – successfully added an amendment that now lets you purchase and take home (or wherever you’re going) up to a case of beer direct from the production brewery.

“For the first time in Texas, you will be able to take a little bit of your favorite craft beer home to share with friends,” Sen. Buckingham said. “This amendment is about more than selling beer to go. It is about job creation, economic development, tourism, support for entrepreneurship.”