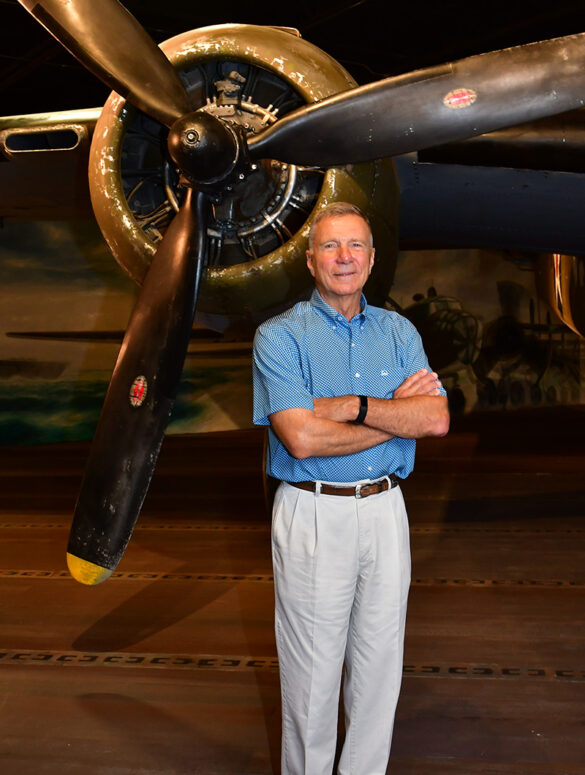 General Michael W. Hagee, who served as the 33rd Commandant of the Marine Corps from 2003-2006, was raised in Fredericksburg, graduating high school in 1963. Today, he is CEO of the Admiral Nimitz Foundation in Fredericksburg, which oversees operations of the National Museum of the Pacific War.

Hagee was heavily influenced by the legacy of fellow Fredericksburg native Admiral Chester W. Nimitz, who led the Pacific Naval fleet to victory during WWII. Hagee graduated from the Naval College in 1968 to begin his military career as a commanding officer in Vietnam.

Some worry that today’s young people lack the respect for authority shown by The Greatest Generation. But Hagee said their individuality and willingness to speak up is not problematic, but crucial to holding those in leadership accountable.

“I think the basic qualities of leadership have not changed over time,” Hagee said. “It’s actually a little bit more of a challenge today to lead people. They’re more inquisitive. They’re smarter. They’re not afraid to say something that means, ‘when did you ever think that was a good idea?’ They’re much more willing to say that, which I love.”

The single most important thing a leader does, Hagee said, is know their mission and accomplish it, no matter the circumstances. How they accomplish this depends entirely on their character and trust among the people they command.

“They have to believe that you know what you’re doing – absolutely competent,” Hagee said. “And also, that you are going to take care of them to the best of your ability. If they believe that, at least in the military, they’re willing to die. That’s big. If they don’t believe in their leadership, they’re not going to come out of their fox holes. It’s building that unit, so that they love one another. And they actually do. They are not important. It’s the unit, it’s the mission.”

Though technology advances and the world changes daily, the same qualities of courage and competence are not lost on young people, Hagee said. “There is no doubt this generation would do exactly the same thing with appropriate leadership,” he said.

And while few Americans ever experience physical combat, Hagee believes his views on leadership can be applied by anyone.

“It’s never about you,” Hagee said. “It’s about the young guys and gals you’re working with, because they help you accomplish that mission, whatever it is. You cannot do it – I don’t care how good you are – without them. You’re a part of a team. If you are a true part of that team, it’s really quite unbelievable what you can accomplish.”