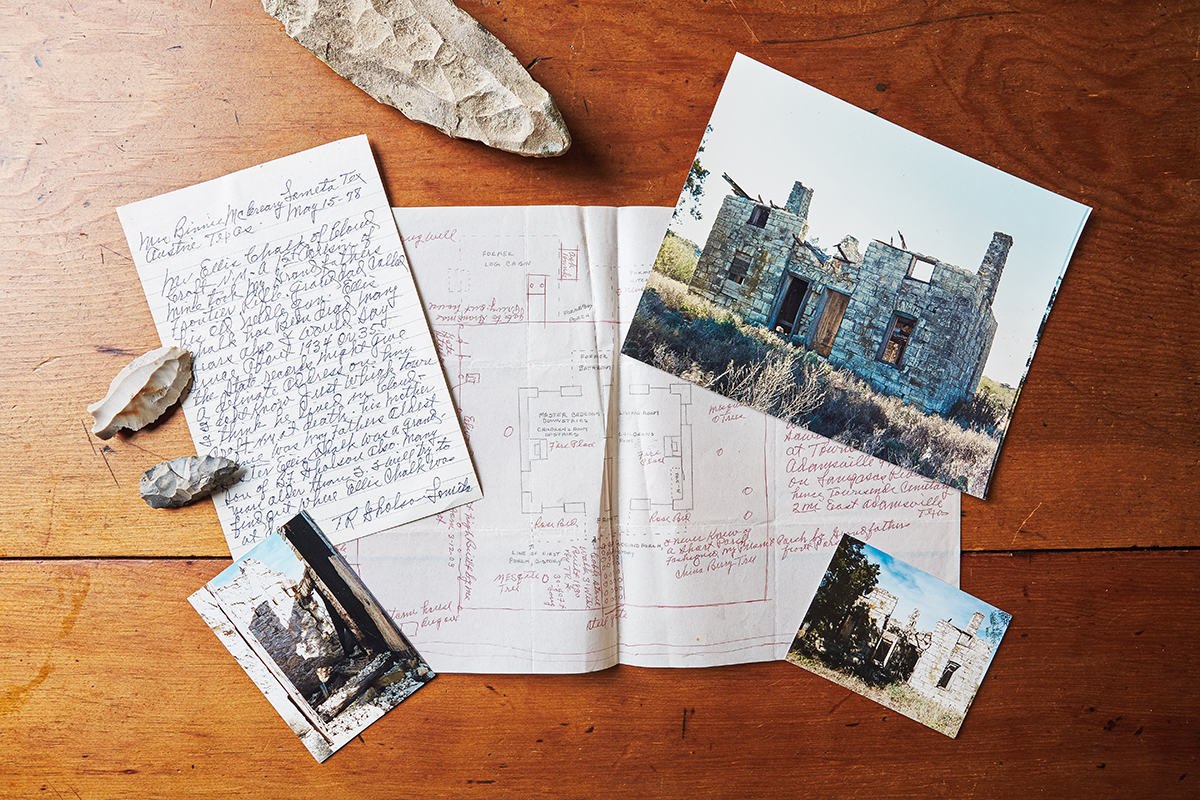 Frank and Adeline Gholson built their dream house in northern Lampasas County in 1874. It was a fortress with 22-inch rock walls built on a rise with a commanding view in all directions in order to spot marauding Comanches.

No man was better prepared by nature, training and ancestry to take on the perils of the Texas frontier than Benjamin Franklin Gholson. His grandfather, Samuel Gholson, was a colonel under Andrew Jackson at the Battle of New Orleans.

In Texas, Albert threw in with Stephen Austin, Sam Houston and the rebels. He fought in the Battle of Gonzales and the Battle of Concepcion, and he was 40 feet away when a sniper killed Ben Milam in San Antonio in 1835.

For his service to Texas during the Revolution, Albert received a land grant in what would become Falls County. His son Frank was born there on November 17, 1842.

With a spirit of high adventure as his inheritance, Frank Gholson grew up to be a frontier legend. He served three hitches with the Texas Rangers, the first at the age of 15.

In 1862 Frank married Jane Adeline Langford, the daughter of Central Texas pioneer Asa Langford. After the war, Frank and Adeline built their remarkable rock house in a valley just south of a cut in the hills that came to be called Gholson’s Gap. Today U.S. Highway 281 runs through Gholson’s Gap, two miles south of Evant.

Homestead
The thick exterior walls of the Gholson House are made of limestone. Frank Gholson and a rock mason named Joseph Drake quarried the rock; then squared it, hauled it and laid it. The work was hard and dirty, but frequent pauses for “medicine” made it tolerable. Joseph Drake’s grandson claimed his grandfather and Frank Gholson built the house “between drinks.”

The Gholson House, designed to withstand a cavalry charge, was formidable on the outside but warm and cozy on the inside. Travelers knew the place for its amazing hospitality.

“Light and come in,” Frank Gholson would say to anyone who rode up with friendly intentions. Many a wandering cowboy ate a hot meal in the dining room and warmed his backside by the fireplace.

Frank and Adeline raised nine children in that house. It was their home for almost 60 years.

Then Frank died in 1932, and Adeline moved to town. The forces of mother-nature moved into the Gholson home. With no one around to keep up the place, the heat, wind and rain began to slowly bring it down. The wood rotted, and the walls crumbled. The house and its historical significance were practically forgotten.

Renewal
The old place had been vacant for 40 years when David Hoffman, a restoration architect from Austin, and his soon-to-be wife Binnie McCreary, an architectural historian, first saw the magnificent stone ruins off in the distance while driving down US Highway 281.

“The place was a mess,” David recalls. “Nobody had lived there in a long time. There was a big hole in the roof. The mortar had lost its strength, and the walls were unstable. Goat manure covered the floor. But there was something about the place that drew us to it. As soon as we walked on the property, we both had the feeling we were supposed to be here.”

Given their backgrounds in architecture, David and Binnie had an intellectual curiosity about the place, and after learning about the house and its history, the Hoffmans felt a spiritual connection with Frank and Adeline’s frontier home.

“We wanted to buy the house and restore it,” David says, “but when we tried to buy it we got no encouragement. Other people had tried to buy it, but the owner wouldn’t sell. Everyone told us we were wasting our time. But we had to try.

“So I wrote the owner a two-page letter telling him our vision for the place,” David says. “I told him we wanted to restore the house as closely as possible to its original appearance. He must have liked what he read because he wrote us back and asked us how many acres we wanted with the house.”

Turns out the owner had a similar dream of restoring the place but his job took him to Minnesota. Knowing he would never be able to bring the Gholson House back to life, he entrusted his dream to David and Binnie. They closed on the property in 1977.

I told him we wanted to restore the house as closely as possible to its original appearance. He must have liked what he read because he wrote us back and asked us how many acres we wanted with the house.
– David Hoffman

Restoration
Just as Frank Gholson had the temperament and training to thrive on the frontier, David and Binnie Hoffman were uniquely qualified by education and experience to restore his house. The project became their passion and their life’s work.

Binnie did the initial research on the structure and determined the alternatives for restoration as a part of her studies at The University of Texas at Austin School of Architecture.
“It was like solving a mystery,” she says.

Then in 2004, David and a crew of stone masons’ began rebuilding the Gholson House rock by rock. David numbered each stone as he removed it; then reassembled the walls like a puzzle.
The Hoffmans finished the Gholson House in 2008. The Evant Elks football team helped move them in that August between two-a-days.

The years of hard work produced a Texas frontier masterpiece that Frank and Adeline Gholson would recognize as their own, although they might have a few questions about the oversized water trough out back that serves as a swimming pool and a rustic outbuilding that houses a theater and a recording studio.

David used many of the same processes Frank Gholson used in the original construction, including a time-honored method to cope with heat and fatigue. 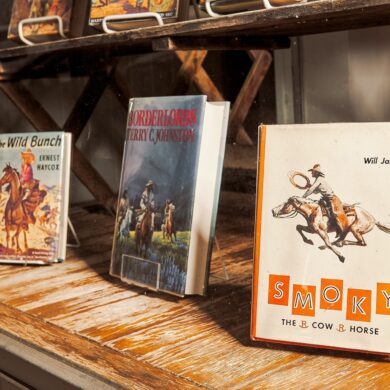 The place for Lone Star literature